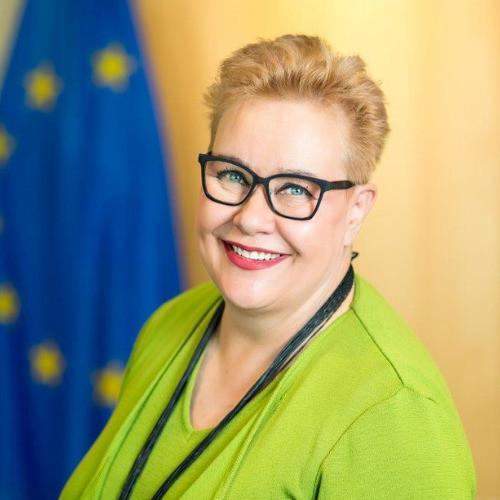 Member of the European Parliament
www.sirpapietikainen.net/

At the European Parliament, Sirpa is a member of the Economic and Monetary Affairs Committee (ECON) and in the Women’s Rights and Gender Equality Committee (FEMM), as well as substitute in the Environment and Public Health Committee (ENVI). In 2015 Sirpa was the rapporteur of the resolution on circular economy, and has given hundreds of speeches about eco-design, waste reduction and policies supporting growth in circular economic practices.

Sirpa is committed to the idea of a Europe with a human face, a Europe that guarantees the respect of human rights, equal opportunities, social inclusion and access to high quality services. To achieve this, Europe needs economic stability and growth.

Prosperous Europe needs enhanced surveillance of the financial sector as well as transparency. Investments in education and research are needed to foster innovations that allow us to benefit from digitalization and to move towards a circular economy.